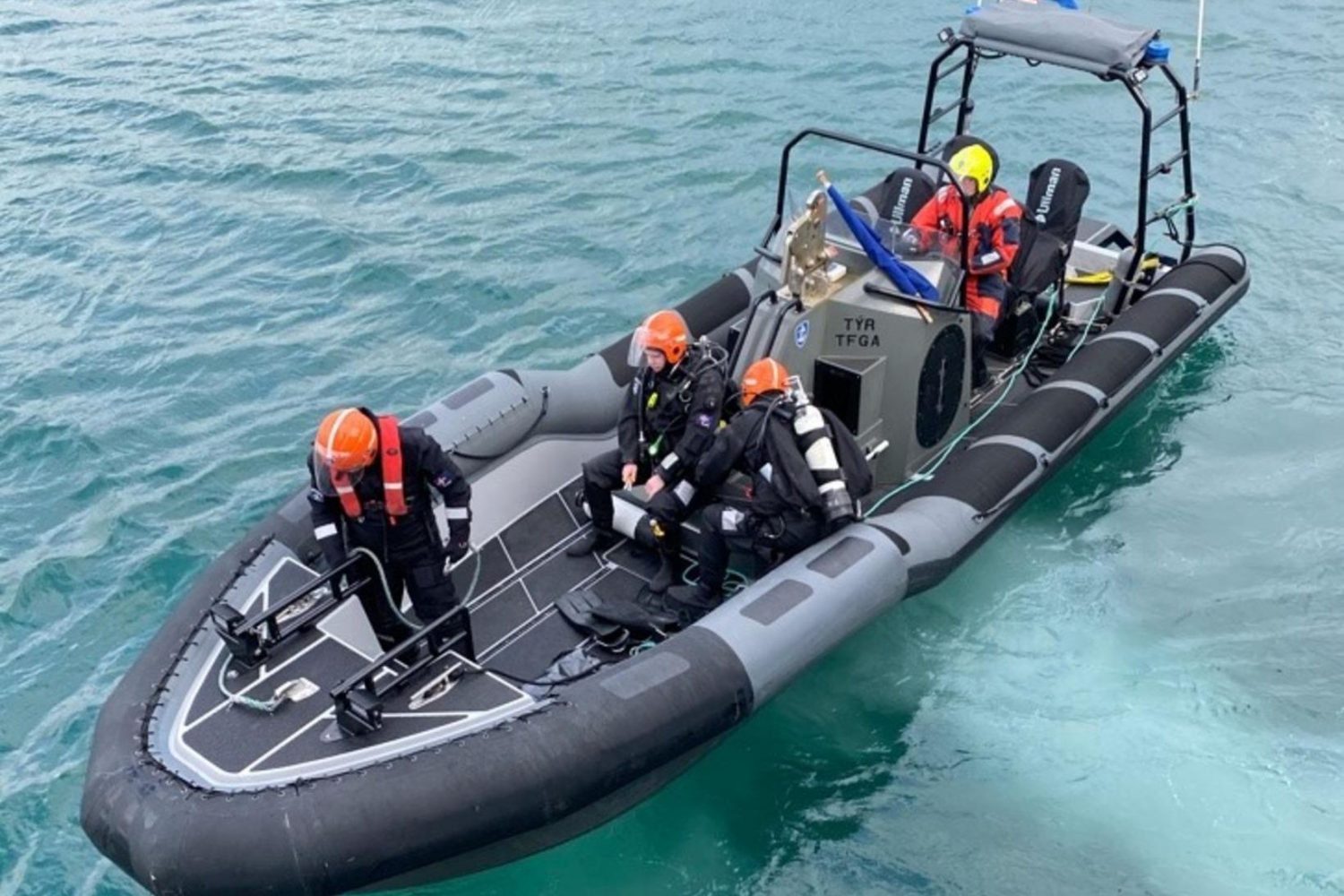 Photo and article from the scene of El Grillo, a sunken tanker currently releasing oil due to corrosion. The Icelandic Coast Guard is using the Rafnar 850 at the scene. The boat is named after the Norse god Loki.
The SS El Grillo was a British oil tanker sunk without casualties by a German air attack at Seyðisfjörður, Iceland February 1944.
Iceland, which remained neutral during World War II, had been occupied by Britain in May 1940 and, in April 1941, by the United States.
“El Grillo” is Spanish for “The Cricket”.
We at Rafnar Maritime wish the team best of luck with the mission.
Article