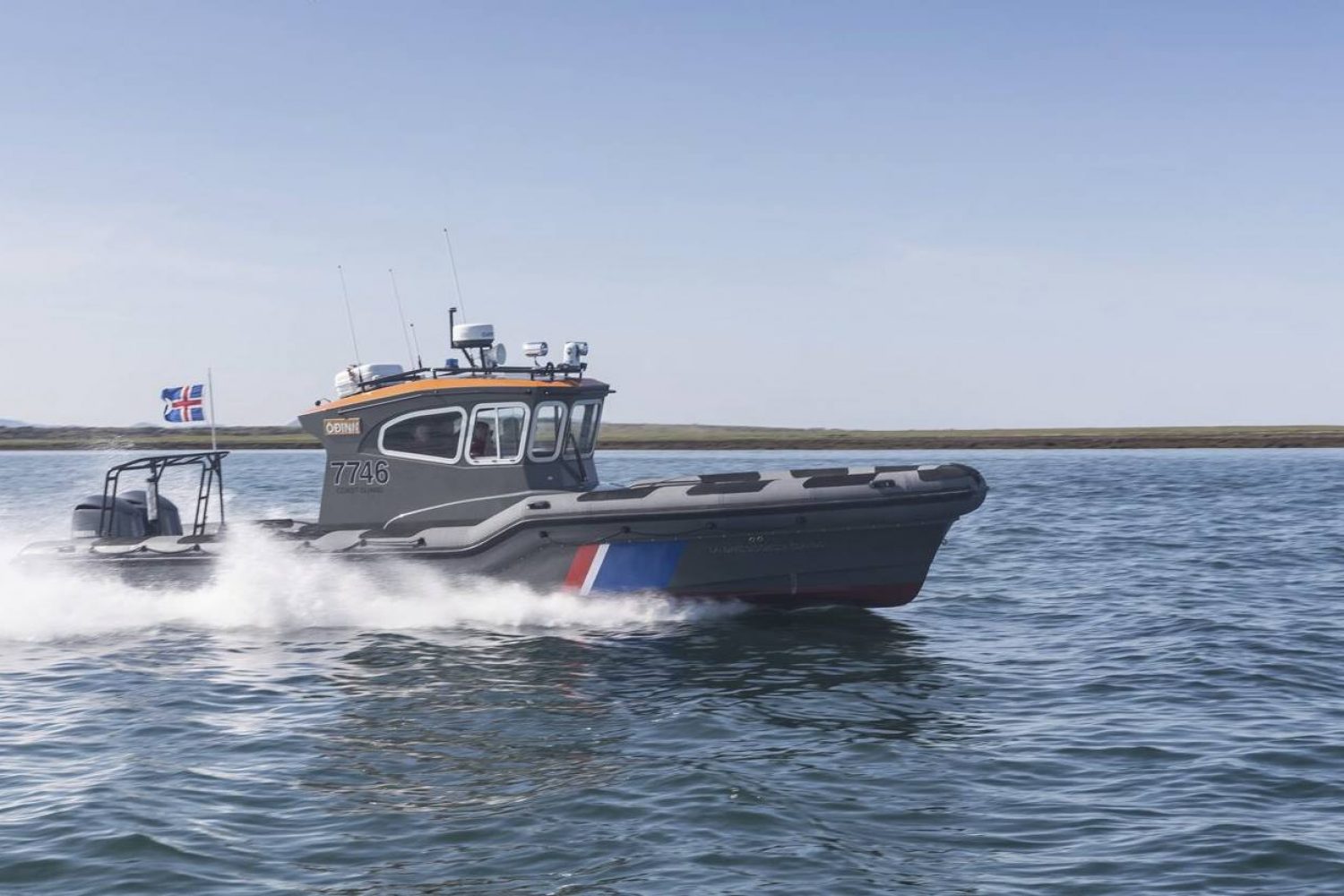 Things are moving forward very well with Rafnar, and Tuesday 4 August 2015 was an important day for us, with the official ‘hand-over’ of the brand new Leiftur 10m ‘Odinn’ Pilot-house Patrol Craft to the Icelandic CoastGuard. All of the TV and Press were there and it was somewhat of a national event, with the Director General of the CoastGuard giving the official ‘hand-shake’ on TV with our founder and inventor Ossur Kristinsson. In the various speeches made, the CoastGuard made clear that their operational methods and efficiency had taken a new and very positive direction with the use of the new technology and concept allowed by the Rafnar vessels, that they had assisted with over more than three years in development of the concept layout for this particular Leiftur 10m Patrol.